Our Animal Activist group for this month is Surge. Founded in 2016, Surge is an animal rights group determined to create a world where compassion toward animal-kind is the norm. Established by Ed Winters, better known online as Earthling Ed, Surge endeavour to spread awareness about animal cruelty via campaigning, filmmaking and investigative journalism.

They are committed to building vegan communities and abolish oppressive animal use in any way.

Their current advertising campaign uses billboards and busses as canvases to communicate powerful messages about farm factory animals. Coupled with beautiful imagery of stunning, innocent and beautiful animals, ‘their life, in your hands’ is a thought-provoking and powerful message that can resonate with vegans and non-vegans alike.

They hope to encourage the public to question the use of animals in everyday life and as such, promote veganism in their messaging.

Surge also founded the official animal rights march. The purpose of this march is to unite vegans on a global scale, and to inspire people to speak up against animal cruelty and oppression. In 2018, The Official animal rights march was attended by over 28,000 people, in 25 countries across the world.  Some cities that took part included Warsaw, Toronto, Copenhagen, Oslo, London, Los Angeles, New York and Amsterdam.

Another successful demonstration that Surge was been involved in, was boycotting London Fashion week for two years. A small group of Surge protesters at the event, with the addition of 300,000 signatures and support from vegan celebrities resulted in the catwalk being fur free by September 2018.

They truly do some fanatic work. Unity Diner, a vegan eatery in the heart of Hoxton in London, have committed to helping Surge by donating 100% of their profits to their cause.

Surge rely on community involvement and donations, so do visit their website to see how you can contribute to their cause. 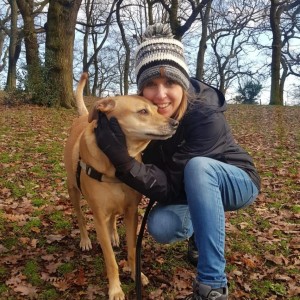