How Much Protein We Actually Need

The myth that vegans don’t get enough protein is one long powering the meat industry’s disinformation that only the ‘right’ protein comes from animals. This myth has been dispelled many times over, but for a quick reference, here are some key findings.

It’s easy to get enough protein whilst enjoying your favourite vegan meals and no, you don’t need to supplement vitamins or protein shakes in order to do so either.

It’s easy for a vegan diet to meet this daily recommendation for protein. Nearly all vegetables, beans, grains, nuts, and seeds contain protein. Conversely, fruits, sugars, fats and alcohol don’t provide as much, so a diet of only these foods wouldn’t be recommended.

Our bodies are made up of varying combinations of proteins and amino acids. Of the 20 amino acids, our bodies can make only half by itself, and the rest need to be consumed by eating a healthy vegan diet.

People believe that dairy, meat and fish is ‘’higher quality’’ protein as it contains large amounts of amino acids; but so does soybeans, quinoa and spinach. What’s more, it’s been proven that eating large portions of meat is linked to endometrial, pancreatic and prostate cancer, of which vegetables are not.

Let’s say you’re a female vegan weighing in at 58kgs, below is a typical meal plan which would more than satisfy the 58 grams of protein you need on a daily basis to keep going.

That’s already 60+ grams of protein! Obviously you may need to throw in a few extras like fruits, vegetables and the like (after all a baked potato alone for lunch may be quite dull) but it demonstrates the point that we as humans generally overindulge on protein – and food overall.

*References for this article taken from the Vegetarian Resource Group, here. 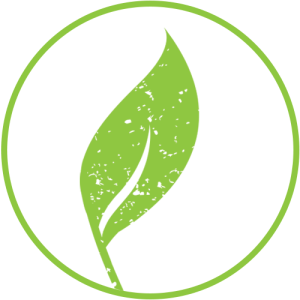 We Are Fresh Earth, believers in all things sustainable, cruelty-free and kind. We advocate animal rights and strive to change the mindset of non-vegans, as well as help those on their way toward veganism by showcasing the wonderful possibility of a cruelty-free world.
PrevPreviousVegan Sunday Roasts
Next3 Easy Vegan Running TipsNext
mood_bad
chat